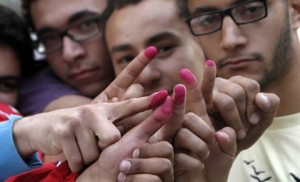 Egyptians flocked to the polls on Saturday to vote in a referendum on constitutional changes which will determine how quickly the country can hold elections.

The referendum has divided reformist Egyptians between those who say the proposed reforms are insufficient and those who are satisfied for now.

Following are details on referendum procedures and the views for and against:

Constitutional amendments limit a president to two four-year terms and require the president to appoint a vice president within 60 days of taking office.

They also enforce judicial supervision of elections, stipulate parliament must approve any state of emergency and cancel the president’s right to use military courts.

Up to 45 million citizens are eligible to vote in the referendum in more than 54,000 polling stations across Egypt to be monitored by 17,000 judges, the referendum committee said.

Voters 18 years of age or older are allowed to cast ballots using just their National ID cards, opening the door to many Egyptians who do not have special voting cards that were mandatory in previous elections.

If voters vote for the amendments, parliamentary elections will take place in late September.

If the amendments are rejected, Egypt’s ruling military council will immediately issue a constitutional decree as a temporary charter until parliamentary and presidential polls.

Elections would be pushed to December and early 2012 and the the army would remain in power until elections are held, security sources said.

Pro-democracy youth activists who led the Jan. 25 Revolution have called for a “no” vote, with several activists touring cities across country to mobilise mass rejection.

Protest groups Kefaya, April Sixth, and the coalition for January 25 Revolution have called for a united front to resist the referendum which they said in a group statement was “an attempt to abort revolution”.

They called for a “founding assembly” which the people would elect to write the new constitution after which parliamentary and presidential elections would be held.

Others have called for appointing a presidential council of technocrats and the judiciary to write the constitution and guide the transitional period.

— Presidential candidate Mohamed ElBaradei said the amendments would take Egypt in the “opposite direction” of reform and said he would vote against them.

— Presidential candidate Amr Moussa, who is secretary-general of the Arab League, has rejected the amendments and said writing a new constitution was a priority.

— The liberal nationalist Wafd party has rejected the amendments, citing reasons such as the failure of the changes to limit the powers of the president.

— The biggest opposition force in Egypt, the Muslim Brotherhood, has backed the amendments, saying the country needed to start functioning again to prevent army rule from dragging on too long.

— Salafists, a group of conservative Muslims who were long oppressed by Mubarak, have resurfaced and some have said they believe the amendments are a step in the right direction.

— Christians make up 10 percent of Egypt’s population and some Coptic Christians have called for the scrapping of Article 2, which says Islam is the religion of the state and Islamic jurisprudence the main source of legislation. As a result, many Christians are against the changes for not going far enough.