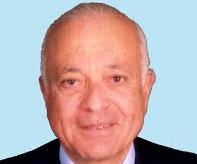 Nabil Elaraby ( or El Araby) , a former judge in the International Court of Justice, accepted the post of Egypt’s foreign minister on Sunday, the state news agency said.

Elaraby, who was also the permanent representative to the United Nations and has been serving as the director of the Regional Cairo Center for International Commercial Arbitration, replaces Ahmed Aboul Gheit who was minister since 2004.

Elaraby, a partner at Zaki Hashem & Partners in Cairo, since 2008 has also been serving as a counsel of the Sudanese government in the “Abyei Boundary” Arbitration between the Government of Sudan and the Sudanese People’s Revolutionary Movement.