Vatican: Lebanon stands as a message of freedom for the world 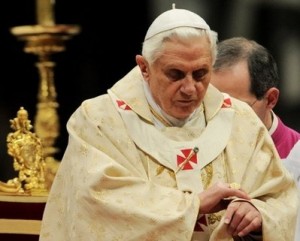 Lebanon “because of the presence of various Christian and Muslim communities there, stands as a message of freedom and respectful coexistence, not only for the region but for the whole world. In this context, it is increasingly necessary to promote collaboration and dialogue between religious confessions”.

Echoing the words of John Paul II, the opening line of the Vatican communiqué on Thursday morning’s meeting between Pope Benedict XVI and Lebanese President Michel Suleiman, immediately underscores the regional importance of the Land of the Cedars.

Pope Benedict XVI welcomed the Head of State at the door of his private library. After posing for photographs, the two men then retired for a 30 minute private conversation, held in French. On emerging, the President presented his wife, son and delegation to the Holy Father and gifted him a beautifully crafted gold and ivory censer dating to the seventeenth century, from a Lebanese monastery.

A statement released shortly after the encounter read; “Attention …turned to the importance of civil and religious authorities being committed to educating consciences in peace and reconciliation, and the hope was expressed that the formation of the new government may favour the desired stability of the nation, which is called to face important internal and international challenges”.

“The talks then dwelt on the situation in the Middle East, with particular reference to recent events in certain Arab States, with the parties expressing their shared conviction that it is vital to resolve the ongoing conflicts in the region”.

“Finally, particular attention was given to the delicate situation of Christians in the entire region, and to the contribution they can make for the good of society as a whole”.