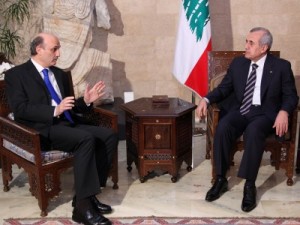 Turning to Aoun’s latest campaign against the president and demands to get the interior ministry portfolio which was previously from Suleiman’s share in the government, the LF leader said the MP “was seeking to shorten the term of President Suleiman or push him towards resignation.”

In remarks to As Safir daily on Wednesday, Geagea said: “Issues linked to the international tribunal and Hizbullah’s arms no longer afford vague stances” from Premier-designate Najib Miqati.

Geagea “ruled out the ability of Miqati to form the cabinet soon regardless of whether the March 14 forces would participate in it or not.”