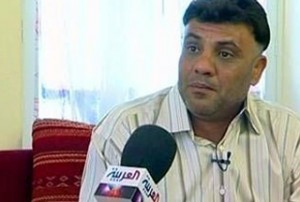 Former Syrian intelligence operative Mohammad Zuhair Siddiq claimed that the Syrian authorities tried to bribe him according to MTV .

MTV broadcast on Tuesday excerpts of a recording that will be broadcast in full Thursday on Voice of Lebanon radio station.

“The Syrian authority attempted to bribe me through a translator to not submit the documents I had in my possession to the [international] committee investigating [the 2005 assassination of former Prime Minister Rafik Hariri],” Siddiq said in the recording.

Siddiq also said that he was offered 5 million Euros to withdraw his testimony to the international committee of investigation and “disappear out of sight.”

He added that he had met the translator at a hotel in Granada in Spain, saying the attempt to bribe him is recorded and in the possession of the investigation committee.

The station added that Siddiq’s recording will reveal who “Mr. X” is and how the latter is linked to Speaker Nabih Berri.

Siddiq who is one of the so called ‘false witnesses’ of the Special Tribunal for Lebanon ( STL) also said on Jan 23 that he has recordings that implicate some Syrian officers in Hariri’s assassination .

In a telephone call from an unknown location, Siddiq called Lebanese television New TV, which has close links with Hezbollah, and said: ‘I have seven recorded phone conversations of people who were involved in the Hariri murder, and (the recordings) will soon be in the possession of the UN tribunal.’

Siddiq aired a voice recording, and said many Lebanese ‘will recognize his voice, but I will not name him now’.

Observers believed the voice recording was of Rustom Ghazali.

The Hariri assassination in 2005 caused an international and local outcry, during which Syria was pushed to end its 30-year military presence in Lebanon.

Hariri’s followers allege that Syria was behind the murder of Hariri, a charge Damascus has always denied.