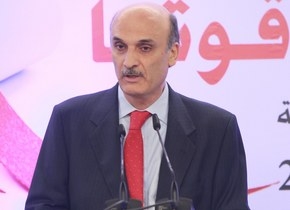 The head of the Lebanese Forces Samir Geagea addressed the participants at Biel during the ceremony commemorating the 6th anniversary of the assassination of Lebanon’s former Prime Minister Rafik Hariri.

– I was wondering all the time before the ceremony what I will tell you today.

– What shall I tell the companions of the road to freedom , who took Lebanon out of its prison, for those who formed a flag and a light for liberty and moderation, for those who defied weapons, persecution and fire.

– What shall I tell those who succeeded us time after time to the square of liberty.

– What shall I tell those who were honest with us, but we were never at the level of their ambitions?

– What shall I tell Rafik Hariri, Basel Fleihan, George Hawi, Samir Kassir, Gebran Tueni, Pierre Gemayel and others who were the victims of assassinations?

– After wise thinking, I decided to say that we were not up to your expectations

– We made an error by letting them rule.

– It turned out that March 8 disregards others.

– We thought wrong when we believed that the brothers in Syria have reassessed their perception of Lebanon. It turned out that they have not changed.

– Yes we made a mistake.

– Our friends in the Cedar Revolution, our rivals misunderstood us. They thought that terrorizing us will make us lose our popular support. But they did not take into account that our people have endless martyrs. People like that will not be frustrated.

– If the system of hegemony led to the Cedar Revolution, then a new era of hegemony will lead to endless cedar revolutions until the disease is uprooted from its source.

– We will not let the coup staged by the men wearing black ( Hezbollah supporters) triumph. Strength is in the people’s souls and not in their weapons.

– Now that we have been liberated from the burden of rule, we are capable of living based on our convictions.

– Now and more than ever, Lebanon first. Now, a Lebanese revolution should continue through the implementation of UN Security Council Resolutions, through the demarcation of Lebanon’s borders and through freeing of the Lebanese detainees in Syrian prison. Now is the time for fighting corruption.

– Now more than ever we should seek the rise of a real Lebanese state with one actual authority and one side in possession of arms through the implementation of U.N. Security Council resolutions 1559, 1680, 1701, and 1757. 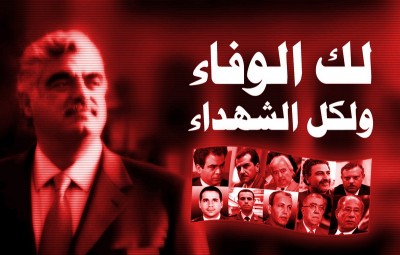 – Rest assured that we won’t allow anyone to bury the truth of your assassination.

– The STL is an achievement of the Cedar Revolution and we will not accept to vandalize it.

– No one should waste time in attempting to abolish it.

– My direct answer we won’t be able to live in peace and security without a state that has demarcated its borders , collected its weapons, and achieved justice.

– In the end triumph will be achieved for Lebanon’s Marwan Hamadeh, May Chidiac, Patriarch Sfeir, Mufti Qabbani, and Imam Mohamad Mahdi Chams al-Din.

– February 14, 2005 not only changed the image of Lebanon, but also its path in an irreversible way.

– The difference this time is that we learned from our mistakes and we will not fall in their trap.

– Be sure, every drop of your blood will flourish in sovereignty, democracy, independence, freedom, revolution, and developments toward the future.