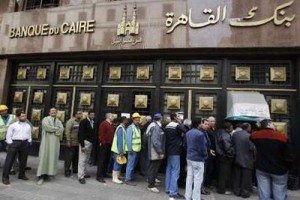 “The exchange, closed because of events, will reopen February 13. Between now and then the situation should stabilize,” spokesman Hisham Turk told AFP. Egypt’s banks had been temporarily closed during the protests, but reopened Sunday, according to AFP. Marketwatch