by yalibnan
606
Former CIA official Jami Miscik offers her firsthand account of the unrest in the streets of Egypt and explains why we're entering a new era of uncertainty and instability throughout the region.
Share:

Former CIA deputy intelligence director Jami Miscik offers her firsthand account of the unrest in the streets of Egypt and explains why we’re entering a new era of uncertainty and instability throughout the region.

Jami Miscik, president of Kissinger Associates in New York, happened to be in Cairo last week when Egypt’s uprising began. She was traveling with a group of policy and business people on a trip sponsored by the Council on Foreign Relations. While the officials they met with — including members of the established opposition — generally dismissed the implications of rising discontent, Miscik was almost certain that she was going to be a witness to history. Having spent 22 years at the CIA, where she oversaw some 1,000 analysts in the intelligence directorate, and then heading global sovereign risk at Lehman Brothers (BCS), Miscik (whom I profiled in Fortune in 2007) understands how revolution and regime change occur. On the ground in Cairo, before Day One of Egypt’s unrest–the youth-organized Day of Revolution–“The momentum was palpable,” she says. “Tunisia provided people in Egypt a sense of what could be accomplished.” Now home safe in New York and advising clients (as well as her famous boss, Henry Kissinger) on how to view the violence, Miscik offered to share her take with our readers. –Patricia Sellers

This is, no doubt, a turning point for the Middle East.

Now that Western governments are calling for an immediate transfer of power in Egypt, foreign pressure could translate into foreign interference and could turn anti-West/ anti-American quickly.

Given the standoff in the streets of Cairo, it’s worth putting yourself in the other guy’s shoes. If you were the Egyptian Army, you would think:

• We recognized the legitimacy of anti-government protesters’ demands.

• We said we wouldn’t fire on you.

The government and the Army–which is, unlike the police, trusted by Egyptians and key to engineering a “soft landing” for the country–want to push the protesters out of the streets and into a dialogue. But the protesters will be thinking:

• Tunisia removed a sense of hopelessness and replaced it with a sense of what is possible.

• They want us in a dialogue because the power shifts back to the government if we leave the streets.

• We can’t trust the words of the government; their promises may just be tactics. And we can’t take Mubarak at his word that he will step down someday; it must be today.

President Mubarak’s Tuesday announcement that he won’t run in the next election might have satisfied the protesters a week ago, but at this point, it falls short. One thing missing from his announcement was a categorical statement that his son, Gamal, wouldn’t run for President. Mubarak said he would lead the transition. The opposition is unlikely to accept that.

The thousands of pro-Mubarak supporters we see in the streets are organized. There’s a newly focused effort to charge the opposition with “ruining the country.” The government is trying to lay the economic disruptions on the protesters. That’s dangerous because economic disparity sparked the unrest in the first place. Economic damage is sure to build if containers stop being offloaded at docks, ATMs aren’t refilled, and government-run bakeries don’t produce enough subsidy-supported bread. There are now reports of riots as cities run out of bread supplies. Bread is a key to stability in Egypt.

This Friday will be hugely important. The opposition gave Mubarak until Friday to leave. Friday prayers will call for more protests, not just in Egypt but throughout the region. In Syria, 3,000 people have signed on for a “Day of Rage” tomorrow. They want an end to the corruption of the Asad government, which is an Alawi Shia government in a predominantly Sunni country. Syria outlaws Facebook, but the Syrian people are finding other ways to communicate. 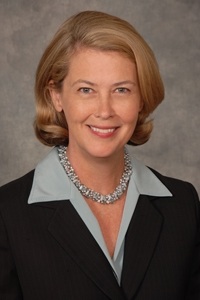 How Friday plays out has enormous implications for the region. What we can say now is that we’re entering a new era of uncertainty and instability. And technology is a key driver. In Cairo, I saw how the “Day of Revolution” that launched this uprising was organized without a “leader” and was communicated largely via Twitter. If you typed in “/25 January,” you would get a scrolling feed of information: where to gather, how to avoid traditional police chokepoints in the city, etc. The volume of information grew exponentially through the week. Even when the Egyptian government shut down the Internet, people could find the technology—they texted on their cell phones.

We were amazed that almost every Egyptian in authority that we spoke with didn’t see this coming. Last week on Tuesday night, after the protests had begun and we crawled around roadblocks to get to a dinner with prominent Egyptians, many of those who showed up were certain that the protests would peter out in the next few hours. I thought, how surreal this was as they could be looking into the precipice of their own privileged positions ending. It made me think of the final nights of the Batista government in Cuba or of the final days of the monarchy in Egypt when King Farouk was overthrown.

Clients want to know how the unrest could spread. I’m telling them that authoritarian leaders everywhere, including in Russia and China, are worried. The Yemeni President announced he will step down in 2013 and that his son will not stand for election. Others such as King Abdullah of Jordan are trying to take preemptive steps like replacing their entire cabinets.

Unemployment and economic inequality, rather than religious issues, are the motivating factors in Egypt and pose challenges for authoritarian leaders in other countries. Egypt can cite figures on economic growth of 5%, but the government hasn’t delivered on economic development. Food prices, most critically wheat, are skyrocketing–and the high cost of food underlies protests in several Middle Eastern and North African countries. Algeria, Libya, and Jordan have all taken steps to reduce taxes on food and eliminate duties. Algeria is still vulnerable. As is Libya, where Qaddafi has been in power since 1969 and is seen as increasingly out of touch. Qaddafi is at risk especially if the military thinks he’s no longer worth protecting.

The Gulf States, including Qatar and the UAE, look better because people there believe that the leadership is tending to their economic needs. In Saudi Arabia, King Abdullah is still popular and is seen as a reformer. On the downside, he’s recuperating in Morocco following major surgery in New York.

A key question is whether the current unrest will reignite the Iranian youth movement. And Israel has to be very concerned. If the governments in Jordan and Egypt were to fall and be replaced, Israel could be left with no friends on its borders. Overall, the movements in the Middle East are bubbling up without a designated leader. Even in Egypt, the guy scrabbling to get to the head of the parade, the moderate Mohammed El Baradei who had been living in Vienna, is not necessarily the anointed one who will replace Mubarak. Who would come to power is almost impossible to tell at this point. There are too many variables.

So far, this uprising hasn’t been religious, but extremists could take advantage of chaos. If they do, threats to the Suez Canal or pipelines could come into play. And it’s key to remember that Al Qaeda’s No. 2, Ayman al-Zawahiri, is an Egyptian. His group, the Egyptian Islamic Jihad, has been folded into Al Queda, but Egypt is still a huge prize for him.

For Egypt and other unstable countries, the question and the potential danger is, what or who fills the vacuum?postcard