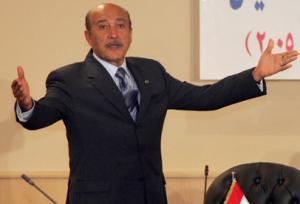 Egypt’s President Hosni Mubarak appointed his intelligence chief Omar Suleiman vice president not because Suleiman had any sway with the Egyptian street but rather because the new veep knows the military better than anyone. A former general, Suleiman has spent his career helping keeping Egypt’s officers in line. He learned by heart the biographies of every officer, uncannily capable of predicting who was loyal and who wasn’t. That privileged catalog is key to anyone who wants to control the closed military dictatorship that Egypt has been since a 1952 coup d’etat overthrew the monarchy. And that’s why everyone else seems to be confused about what’s going to happen next in Egypt, including Egyptians.

Anyone who has paid attention to Egypt will tell you that the country’s generals have always kept their own counsel. But even at that, they have been extremely circumspect, the generals knowing that anyone who showed the slightest independence or rebelliousness would be quietly and quickly cashiered by the regime. It’s not surprising then that no intelligence agency in the world has been able to pull back the veil on Egypt’s military dictatorship — and they’re not about to now. (See how Obama is forced to sit on the sidelines during the turmoil in Egypt.)

I’d guess that Suleiman spent 80% of his time devoted to monitoring Egypt’s generals and colonels, the officers who could order the tanks to seize the presidential palace. Suleiman no doubt had every one of their phones tapped, knew who was in debt and who wasn’t, who left the country and who didn’t. He knew exactly who took which bribes and for how much — a weapon for keeping them in line.

Egypt may have been under a constant Islamic militant threat since the 1950s but Suleiman and his predecessors knew all along this was only a flea bite compared to the threat of a military coup d’etat. In a country like Egypt, all it would take is one tank company to surround the presidential palace and change the regime.

On the other side of the equation, Egypt’s officers know exactly how vulnerable they are in a system like this. If they have never seen the inside of one of Suleiman’s prisons, they’ve heard enough about them to live in abject terror. Accordingly, they make a point of never speaking out frankly, either to other officers who more than likely could be reporting to Suleiman. And they especially avoid foreign diplomats. (See how vigilantes and protesters are clashing in the streets.)

All bets are off now that the Egyptian commander-in-chief’s fate is on the edge. But I’d guess they’re coming out of their holes now and asking aloud what’s next — how to preserve the dictatorship. But, like I said this is only a guess. (Comment on this story.)

Washington’s problem though is that the last people the Egyptian generals and officers talk to will be the Americans. We can count on that probably because there aren’t many Egyptian officers who didn’t read the WikiLeaks diplomatic cable dump.

And anyhow if the military ever comes to the excrutiating decision of giving Mubarak the boot, what good can the United States do other than congratulate them after the fact? After all these years of hiding behind a wall of complete opaqueness, the United States simply doesn’t understand Egypt’s military enough to be of any assistance. (See Israel’s growing anxiety over the Egyptian protests.)

So we can only watch and wait. But let’s don’t pay any attention to anyone who says, “I told you so.” What do they know.Time