Who are the victims of the Tucson, Arizona shootings? 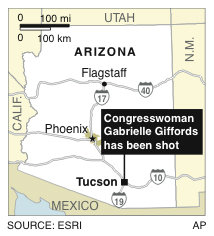 Six people were killed and 14 people were injured, including the Democrat lawmaker Gabrielle Giffords, when a gunman targeted the politician at an Arizona supermarket.

The dead include three retirees, a child of nine and Arizona’s chief federal judge.

Father-of-three Judge John Roll, was appointed to the US District Court for Arizona by President George Bush Sr in 1991 and was a respected jurist and leader who friends described as a devoted, talented and gentle man. The authorities do not believe he was a target of Saturday’s attack but had rather gone after church to see Ms Giffords at her constituency event, having recently worked with her on court issues. 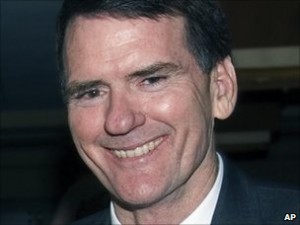 He had reportedly received many death threats in 2009 when he allowed a $32m (£21m) lawsuit filed by illegal immigrants against an Arizona rancher to proceed. More than 200 threatening phone calls were made to his office on one day. Officials at the time said many of the threats were stirred up by right-wing talk-back radio. He received police protection for a month as a result.

Chief US Justice John Roberts issued a statement after the shootings, praising Roll for his service and describing his killing as a “terrible loss”. Pima County Sheriff Clarence Dupnik said of Judge Roll: “I have never met a more sincere … fair minded, brilliant federal judge or any judge for that matter in my whole life.”

Retiree Mr Stoddard, a church volunteer, was shot in the head and killed as he tried to protect his wife Mavy, who was injured but is expected to survive, the Christian Chronicle reported. Friends described the couple as “the lifeblood” of the 120-member Mountain Avenue Church of Christ in Tucson, Arizona.

It is unclear whether they went to the Safeway supermarket near their home in order to buy groceries, or to see Mrs Giffords. But witnesses reported that Mr and Mrs Stoddard had been standing in line to meet the congresswoman when the gunman began shooting.

The couple were said to be high-school sweethearts who married later in life. Witnesses to the killings said one of Mr Stoddard’s final acts was to shield his wife from the gunman’s fire, putting his body on top of hers. While he was fatally wounded, his wife suffered three gunshot wounds to her legs and was in stable condition.

Christina Greene, the youngest victim of the Tucson shootings, had just been elected to the student council at the nearby Mesa Verde Elementary School. She had been taken to Ms Giffords’ public event because her family thought it would help her learn more about government.

She was born on 11 September 2001, the day of the al-Qaeda terror attacks against the US, and is featured in the book Faces of Hope: Babies Born on 9/11. She was also related to Dallas Green, a former pitcher, manager, and executive in Major League Baseball.

Her mother Roxanna Greene described her as a “very bright, amazing girl” who had just celebrated her first Holy Communion. “She was very patriotic, she wore red white blue, and it had a special meaning to her,” Mrs Greene told Fox News.

She was the only girl on her little league baseball team, “a very, very good baseball player,” her mother said, adding that Christina was a passionate dancer who “loved animals” and one day hope to be a vet.

Gabe Zimmerman was a former social worker who served as Ms Giffords’ director of community outreach – helping her handle thousands of constituency matters – and was one of a core of loyal staffers who had been with the congresswoman since before her election in 2006.

Local media report that Mr Zimmerman, who was engaged to be married, had organised the constituency event where the shootings took place and was passionate about helping ordinary people, and representing Ms Giffords.

Michael McNulty, chairman of Ms Giffords’ campaigns, was quoted by azcentral.com as saying, that Mr Zimmerman was “as close to a purely good human being as I’ve ever known. He worked tirelessly to solve people’s problems”.

Dorothy Morris and Phyllis Schneck were both retirees who were also among those killed by Jared Loughner. It is unclear whether the women had gone to the supermarket to attend Ms Giffords’ event, but descriptions of the shootings suggest they may have been close by when the gunman began firing.

Doctor Steven Rayle, who was at the scene, said it was “close quarters and people were pretty crammed in there, with no place to go, and he was able to target people pretty easily”.