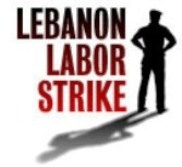 The leader of the General Labor Confederation Union Ghassan Ghosn set the second half of January as a strike date to protest against the high fuel prices in Lebanon.

Energy Minister Gebran Bassil commented on the call for strike by saying he ” will support any street action to protest against the high fuel prices, ” Central News Agency CNA reported . 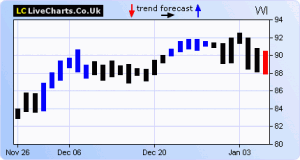 As the chart shows the prices of crude oil have gone up more than 10 % during the past 2 months. This is reflected in the prices of fuel in Lebanon, because the country is a pure importer .

The last time there was a major labor strike was in May 2008 when the strike over the government’s economic policies evolved into clashes between rival Hezbollah and government supporters. 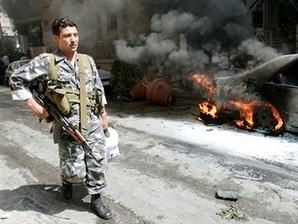 Observers are concerned that this time around Hezbollah is again trying to use the pro-Syrian labor union to achieve political gain, in a clear sign that the Iranian backed party is opposed to the Saudi-Syrian (S-S) deal.

Lebanon Prime Minister Saad Hariri said during an interview with the Al-Hayat newspaper to be published on Friday that the Saudi-Syrian (S-S) agreement on reducing tension in Lebanon had been finalized a long time ago,even before the Saudi King Abdullah traveled to New York for treatment.

Saudi and Syrian officials have reportedly been working on a compromise that would resolve tensions in Lebanon over the imminent STL indictment . Reports say that the STL may soon indict Hezbollah members in its investigation of the 2005 assassination of former Lebanese PM Rafik Hariri.