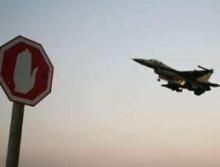 The Lebanon Army stressed that the breach constituted a violation of Security Council Resolution 1701, which ended the 2006 War between Hezbollah and Israel

The latest report comes against a backdrop of growing tension on Israel’s northern border. In early December Lebanon uncovered and removed two spying devices planted by Israel in In Barouk and Sannine mountains . Lebanese media also reported that an explosion that rocked the city of Sidon in mid December was caused by an Israeli bombing of one of its sea-based intelligence- gathering units.

According to local reports another Israeli spying device was found and dismantled today by the Lebanese army ( with Hezbollah’s help) in Toumat Niha , in the Shouf region east of Beirut .