When Steve Jobs walked on to the stage at San Francisco’s Yerba Buena Center in January, it capped the most remarkable comeback in modern business history. 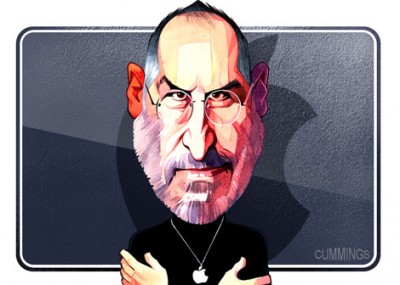 It wasn’t simply a matter of the illness that had sidelined him for half the year before, leaving him severely emaciated and eventually requiring a liver transplant. Little more than a decade earlier, both Mr Jobs’ career and Apple, the company he had co-founded, were widely considered washed up, their relevance to the future of technology written off both in Silicon Valley and on Wall Street.

By the start of this year, however, the rebound was complete. The level of anticipation whipped up in advance of the January event was unusual even by Mr Jobs’ own, impressive standards.

Critics often talk disparagingly of the “reality distortion field” generated by the Apple boss: his ability to convince onlookers that technologies that would seem unformed in other hands have reached a peak of perfection at Apple. Generating this suspension of disbelief is essential to stirring up demand for gadgets most consumers had no idea they needed, and is an art form of which Mr Jobs has long been the acknowledged master.

Speculation had been building in the tech world for months about what was rumoured to be Apple’s latest ground-breaking product. A touch-screen computer without a keyboard, it might even rival the impact of the iPod, introduced in 2001, and the iPhone, in 2007. In the event, the iPad that Mr Jobs carried on to the stage with him that day did not disappoint.

A rebuttal of F. Scott Fitzgerald’s much-quoted aphorism that there are no second acts in American life does not come more decisively than this. When Steven Paul Jobs first hit the headlines, he was younger even than Mark Zuckerberg is now. Long before it was cool to be a nerd, his formative role in popularising the personal computer, and Apple’s initial public offering on Wall Street – which came when Mr Jobs was still only 25 – made him the tech industry’s first rock star.

Now, three decades on, he has secured his place in the foremost ranks of the West Coast tech titans who have done so much to shape the world around the turn of the millennium. Long-time nemesis Bill Gates may be richer and, at his peak, arguably exerted greater sway, thanks to his monopoly over the world’s PC software. But the Microsoft co-founder has left the stage to devote his life and fortune to good works. It is Mr Jobs who now holds the spotlight.

Of all the fingers that Apple has poked into Microsoft’s eyes over the years, none can have rankled as much as the early success of the iPad. Mr Gates himself championed a tablet computer nearly a decade ago, though the stylus needed to write on its screen and the PC-like interface generated little demand.

The iPad is already turning out to be a different story. Extending the iPhone’s innovations of a more versatile screen and lightweight “apps” designed for specific tasks, it points to a future beyond the computer mouse – and a world without Windows. Sales of cheaper notebook computers are already suffering.

It is not a vision that is universally welcomed among the digerati. By deciding which apps are available in its online store, and setting the rules for how those apps are developed, Apple rules this new kingdom more closely than Microsoft ever ruled the PC.

To critics, this is the dark side of Mr Jobs’ perfectionism. Dependent on Apple’s good graces, new ideas could be stifled. Google, once an ally, has positioned itself as the anti-Apple: a company that has drawn on the openness of the web itself as the model for its own smartphone software.

For now, though, those fears are largely hypothetical, and millions of consumers are only too happy to buy a piece of the elegant – and elegantly simple – digital life that Mr Jobs is selling. His ability to get consumers to line up for products conjured from nothing – paying premium prices, and in uncertain economic times – draws accolades even from rivals.

“Steve’s the last of the great builders,” says Roger McNamee, a Silicon Valley financier who led a recent, failed attempt to rebuild Palm in Apple’s image. “What makes him different is that he’s creating jobs and economic activity out of thin air while just about every other CEO in America is working out ways to cut costs and lay people off.”

The sophistication of his touch-screen devices is a long way from Mr Job’s rudimentary start in the garage of his adoptive parents in suburban northern California. It was there that the circuit boards were assembled for the first personal computers designed by co-founder Steve Wozniak. Rough wooden cases to house the boards were an optional extra.

There was little in Mr Jobs’ beginnings that gave a hint of what was to come. A college drop-out with no formal engineering background, he had just returned from a trip to India when he and Mr Wozniak found a way to turn their electronics hobby into a fledgling business.

As told by journalist-turned-venture capitalist Michael Moritz in Return to the Little Kingdom, Mr Jobs’ spiritual aspirations left him with little use for either shoes or soap for long periods – to the distress of co-workers. A spirituality guided by his training in Zen Buddhism has played a central part in his life, even prompting him to eschew formal medical treatment for a period during his battle with pancreatic cancer.

Mr Jobs’ first stint at Apple was to last less than a decade. At the age of 30, after a power struggle with a more experienced executive who had been hired to run the upstart company, he was out. But in 1997, a floundering Apple acquired Mr Job’s second company, Next, and within the year he was back in control.

The iPad is the culmination of an approach that he has seemingly been perfecting for his entire career. Those who have laboured under him describe him as a stern taskmaster who understands the art of the possible, rather than a long-range visionary. That means pushing relentlessly forward rather than milking old successes – even ones as significant as the iPod.

“Other companies might try to stretch out the life of [the iPod], but they were willing to say, ‘No there’s better technology,’ ” says Carl Bass, chief executive of Autodesk, a design software company that has developed apps for the iPad. “I don’t often think about CEOs being brave and courageous, but Steve is.”

Inside Apple, it is clear who calls the shots on design and development. “You have to make one guy like what you’re doing,” said one recently departed executive, who spoke only on the condition he not be named. “He’s the customer, and he’s the marketing department too.”

That famed attention to detail can be obsessive. A lieutenant who left this year describes how the Apple boss can become more fixated in finding flaws in an icon on a screen than in the programme it represents. “You can go into a meeting with the most wonderful product in the world, and he will stare at the icon for the entire meeting,” this person says.

The same perfectionism is brought to his hotly anticipated public appearances. Before the lights go on, he practises every phrase. An executive at another company – who was due to share the stage for an Apple announcement – recalls that when he was brought onstage during rehearsal, breaking Mr Jobs’ concentration, he and the staffers leading him were treated to a hailstorm of invective.

That makes Apple’s slips, when they occur, noteworthy. A wrap-around antenna on this year’s iPhone 4 made the device more susceptible to dropped calls. Mr Jobs, who had boasted of the elegance and technical mastery of the steel band, lashed out defensively, pointing to similar reception issues with rival smartphones – before offering Apple’s style-conscious customers ungainly plastic “bumpers” to cover the metal. The engineer in charge of the project later quietly left Apple.

As Apple’s business has grown, Mr Jobs’ style has changed, according to people who have worked with him. “There is a lot more pragmatism,” says a veteran who left this year. With sales of more than $50bn, Apple has had to look to the mass market.

Compromise seems too strong a word, but the greater sense of expediency reflects Apple’s new place in the world. Its iPads are now on sale at mass-market retailers – a world away from the high style of Apple’s own retail stores.

In this new phase of his life, Mr Jobs is no longer the underdog. Buoyed by the iPad, Apple’s shares finally surpassed Microsoft in May to make it the world’s most valuable technology concern. Others now have Apple in their sights, forcing Mr Jobs into the competitive moves that would once have seemed out of character. Apple has acknowledged its rivalry with Facebook, for instance, by releasing Ping, a me-too social network for iTunes users that a prouder Steve Jobs would not have let out the door.

And he has adopted a dismissive tone towards Google, a former ally. He called the smaller, 7in tablets running Google software “useless unless you include sandpaper so users can sand their fingers down” – though some speculate that Apple will counter with a similar gadget of its own.

The attention of regulators is also new. After antitrust authorities took an interest this year, Mr Jobs backed off a requirement that forced developers to use Apple’s software tools to create apps, barring rival Adobe’s technology – though the reversal also seemed calculated to appease developers who might otherwise turn more attention to creating apps for phones running Google’s software. “They have to be less arrogant than they have been,” says one former executive.

For all that, Mr Jobs has set a daunting standard for rivals. “They have no predators at this point,” says Mr McNamee. “I think they could bring out a dishwasher and people would buy it.”

In his autobiography, John Sculley, the former PepsiCo executive who once ran Apple, said this of the ambitions of the man he had pushed out: “Apple was supposed to become a wonderful consumer products company. This was a lunatic plan. High-tech could not be designed and sold as a consumer product.” How wrong can you be. FT