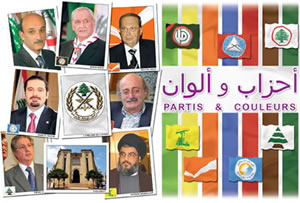 Aside from the well-known Lebanese political grievances, both internal and external, whether involving Israel, Syria or lately Iran, the recent WikiLeaks trove of diplomatic cables offers another less-known glimpse into the prolonged crisis in Lebanon: money, and lots of it.

After the assassination of the former prime minister Rafik Hariri in 2005, Lebanon witnessed an internal political crisis; it was widely portrayed as a proxy war between the United States and Saudi Arabia on the one hand, and Iran and Syria on the other.

Iran, Saudi Arabia and the US provided the necessary finances to their local allies, the 8 March and 14 March coalitions (the former led by Hezbollah and the latter by Hariri’s son, Saad, whose father’s assassination was viewed as targeting Saudi influence in Lebanon).

Estimates of Iran’s annual financial assistance to Hezbollah reach $200m. In a cable from the American embassy in Beirut, dated 18 February 2009, Hariri and his adviser allege that the Syrian regime facilitated the transfer of $50m to Michel Aoun, a Christian leader and a Hezbollah ally.

Another diplomatic cable from the US embassy in Abu Dhabi points towards the American role in funding Hezbollah’s foes in Lebanon. Jeffrey Feltman, the assistant secretary of state for near eastern affairs, complains during a meeting between secretary of state Hillary Clinton and Abdullah bin Zayed, the UAE foreign minister, about the Saudis’ halt to financing of the 14 March coalition.

The regional and international funding seems to slow after every peace. That might explain Feltman’s comment, which was made less than a year after the Doha agreement. The Saudis, it seems, lost interest in the conflict after the agreement resulted in a national unity government and a new president was elected.

Earlier this year, Feltman publicly testified before a subcommittee of the Senate committee on foreign relations. He stated that in order to “create alternatives to extremism, reduce Hezbollah’s appeal to Lebanon’s youth … we have contributed more than $500m to this effort since 2006”.

So, if the US has paid half a billion dollars, what is the Saudi number? Or Qatar’s?

Part of the answer can be found in the estimated spending on Lebanon’s 2009 parliamentary elections. BBC’s Nada Abdel-Samad reported in June last year that spending in the elections had reached unprecedented levels: a billion dollars, evenly split between both sides.

According to this report, each campaign has spent $500m dollars – which is $150m less than Barack Obama’s record-breaking electoral fundraising. If this estimate is true, the spending in Lebanon’s elections matches the Democrat and Republican presidential campaigns expenditures combined.

To better grasp this number, taking the population into account, Lebanon (with 4 million people) spent 77 times more on its election campaigns than the US did (with 310 million people).

Lebanon’s economy recorded 9% growth that year, at the peak of the global recession, while the political crisis had been going strong since February 2005, almost non-stop, in spite of the agreements and “deals”. For the Lebanese, those failed deals are reminiscent of the several shortlived attempts and efforts to resolve the civil war (1975-90), a conflict that only ended with Syrian military intervention.

Do such vast funds risk creating an enriched elite whose welfare depends on sustaining the tensions and the funds, rather than accelerating the end of the crisis?

In 2002, economists Paul Collier and Anke Hoeffler investigated a set of conflicts in the years 1960-99, and found that greed (finance) “considerably outperforms” grievance (ethnic and religious divisions, political repression and inequality) in prolonging conflicts. The authors of the World Bank report, titled “Greed and grievance in civil war”, mentioned “primary commodity exports” and “a large diaspora” as factors that increase the risk of conflict.

In Lebanon’s case, which currently falls short of a civil war, the regional and international players finance the crisis, while the diaspora plays a lesser role. Would Collier and Hoeffler’s model apply? In light of those massive funds (per capita), does the greed outweigh the grievances?

Lebanon is definitely facing the prospect of a prolonged crisis whose grievances seem strong and very much alive, but when considering the usually short-lived efforts to resolve the crisis, and the money that is poured in from outside, one might ask: why kill the goose that lays all the golden eggs?