Syria has been doing well in a region that has not

by yalibnan
2070
Syria has bounced back from years of international isolation and is wielding its influence in crises around the Middle East
Share: 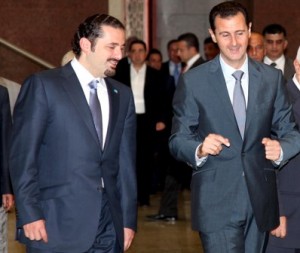 Syria has bounced back from years of international isolation and is wielding its influence in crises around the Middle East, shrugging off U.S. attempts to pull it away from its alliances with Iran, Hamas and Hezbollah.

Damascus played a role in helping Iraq’s fractious politicians agree this month to form a new government after eight months of deadlock. Now with Lebanon’s factions heading for a possible new violent collision, Arabs have had to turn to Syria in hopes of ensuring peace, even as Damascus backs Lebanon’s heaviest armed player, the Shiite militant group Hezbollah.

Washington has increasingly expressed its frustration with Syria, which it says is stirring up tension through its support of Hezbollah. Last week, Secretary of State Hillary Rodham Clinton said Syria’s behavior “has not met our hopes and expectations” over the past 20 months and that it has “not met its international obligations.”

Since 2005, Washington — along with its Arab allies — hoped to squeeze Syrian influence out of its smaller neighbor Lebanon. But Arab powers that once shunned Damascus, particularly Saudi Arabia, have had to acknowledge its regional weight.

This month, Syrian and Saudi officials have been holding talks trying to avert an explosion in Lebanon. It’s a remarkable turnaround from several years ago, when the two countries were locked in a bitter rivalry and an outright personal feud between their leaders, Syrian President Bashar Assad and Saudi King Abdullah.

Fears of violence in Lebanon are high because an international tribunal investigating the 2005 assassination of former Prime Minister Rafik Hariri is expected soon to indict members of Hezbollah.

Many Lebanese fear that could break the country’s fragile unity government grouping Hezbollah and pro-Western parties loyal to Hariri’s son, Saad, who is the current prime minister, and even lead to clashes between the two sides. With Syria’s backing, Hezbollah demands Saad Hariri break off Lebanon’s ties with the tribunal.

Little is known about the Syrian-Saudi talks, but Lebanon’s daily As-Safir reported Monday that the contacts have produced a five-point compromise plan in which Hariri, a close Saudi ally, is likely to declare Hezbollah innocent of the assassination once the tribunal issues indictments.

Such a deal would be a setback for Washington, which has pressed for support of the tribunal, and for pro-U.S. factions in Lebanon who fear the country is coming under Hezbollah’s thumb.

But it would mark a new success for Syria and illustrate how it has come to restore its regional clout largely on its own terms.

It has done so while ignoring incentives from Washington. President Barack Obama has made repeated overtures to Damascus this year, nominating the first U.S. ambassador to Syria since 2005 and sending top diplomats to meet with Assad, in hopes of swaying it away from its alliance with Iran and regional militant groups.

Still, “Syria did not abandon Iran, Hamas, Hezbollah or its principles regarding the (Mideast) peace process,” said Sami Moubayed, a Syrian political analyst who is the editor-in-chief of Forward Magazine.

Relations with Washington have now chilled before they even had a chance to fully warm up.

Last month, Assad accused the United States of sowing chaos around the world.

“Is Afghanistan stable? Is Somalia stable? Did they bring stability to Lebanon in 1983?” Bashar Assad told Al-Hayat newspaper, referring to U.S. intervention in Lebanon’s 15-year civil war, which ended in 1990.

U.S. Ambassador Susan Rice in turn accused Syria of displaying “flagrant disregard” for Lebanon’s sovereignty, citing its provision of increasingly sophisticated weapons to Hezbollah and other militias in violation of a U.N. resolution.

“Hezbollah remains the most significant and most heavily armed Lebanese militia,” Rice said on Oct. 28. “It could not have done so if not for Syria’s aid, and facilitation of Syrian and Iranian arms.” Iran funds the militant group to the tune of millions of dollars a year and is believed to supply much of its arsenal.

As it spurns moves by the U.S., Damascus is making friends elsewhere — and not just with staunch anti-American governments such as Iran and Venezuela, whose President Hugo Chavez swung through Damascus in October.

Iraqi leaders looked to Syria for help in solving the political stalemate stemming from March parliamentary elections, which failed to produce a clear winner. Prime Minister Nouri al-Maliki, who along with other prominent Iraqi officials made a trip to Damascus, is expected to form a new government after last week’s deal broke the political impasse.

Syria’s emergence as a regional heavyweight is a reversal from just a few years ago. Rafik Hariri’s assassination prompted a wave of anti-Syrian protests that forced Damascus to withdraw its military from Lebanon and end its long control there. In 2006, relations with some Arab states took a dive when Assad called Saudi King Abdullah and other Arab leaders “half men” over their disapproval of Hezbollah’s capture of two Israeli soldiers in a cross-border raid, which sparked a 34-day war between Hezbollah and Israel.

Syria could benefit from improved ties with Washington, which would boost its economy and end sanctions first imposed by President George W. Bush. Assad also wants U.S. mediation in indirect peace talks with Israel — a recognition that he needs Washington’s help to win the return of the Golan Heights, seized by Israel in the 1967 Mideast war.

But after rebuilding its regional status, it may feel less of a need to pay the price for better ties. 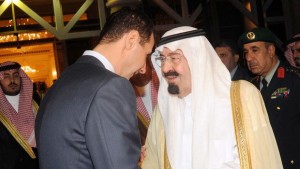 Syria has “turned the page on isolation” by building its partnership with Saudi Arabia and asserting a role in Iraq, Peter Harling, a Syria-based Mideast analyst with the International Crisis Group, says.

“Syria has been doing well in a region that has not.” AP