by yalibnan
3569
For Lebanon, which has long neglected to take measures to conserve and manage its water resources, the water shortage crisis couldn't come at a worse time
Share: 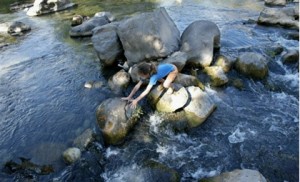 Lebanon, once considered to have an abundance of water, is threatened with acute shortages as the Arab world lurches toward severe water scarcity as early as 2015.

For Lebanon, which has long neglected to take measures to conserve and manage its water resources, the crisis couldn’t come at a worse time: The government is gripped by political crisis that many fear could lead to renewed civil war; the decision-making process has been paralyzed; and a 10-year water plan adopted in 2002 has ground to a halt.

The Cabinet, burdened with a $54 billion public debt, decided recently to delay all discussion on a proposal by Water and Energy Minister Jibran Bassil to build 11 dams on Lebanon’s several rivers.

Fadi Comair, general director of hydraulic and electrical resources, says that enlisting the private sector is the only way to solve the worsening water problem. 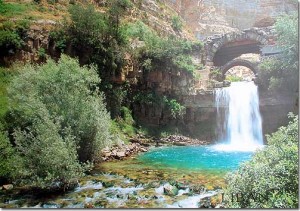 Comair, lashing out at the sectarian divisions that plague Lebanon, declared: “If politicians in our country had any ethics they would have taken care of such projects instead of attacking each other on TV every day.”

The World Bank recently urged major investment in Lebanon’s ramshackle water infrastructure while noting that the tiny country’s water resources are equivalent to 49,830 cubic feet per capita, one of the highest in the Middle East and North Africa.

Other states in the arid region can only watch in wonder as Lebanon’s government ignores a problem most would gladly take on if they had the same water resources.

The Arab world has 5 percent of the world’s population — an estimated 360 million people — but only 1.4 percent of the planet’s renewable fresh water supply.

By the end of the century, the report noted, climate change will mean a 25 percent decrease in precipitation and a matching increase in evaporation rates.

The wealthier Arab states, primarily the oil producers of the Persian Gulf that have no rivers and little rainfall, rely heavily on desalination plants. They account for half the world’s desalination capacity, a costly undertaking. Other states, including Egypt and Jordan, plan to develop nuclear power to drive such plants.

But that will take years to achieve. And even in the Arabian Peninsula, water consumption is rising as the population swells.

“The Arab world is already living a water crisis that will only get worse with inaction,” the report said.

Thirteen Arab states are among the 19 in the world most affected by water scarcity and citizens of eight of those Arab countries have to survive on less than 7,060 cubic feet of water per year.

“Without fundamental changes in policies and practices, the situation will get worse, with drastic social, political and economic ramifications,” the Arab Forum warned.

Agriculture is a major drain on renewable water supplies because of irrigation and that could lead to states going to war over water resources in a region where sectarian and ethnic conflict as well as intrastate tensions are rife.

“Analysts, academics and diplomats remain divided over whether or not water will cause a war within the region, but they do agree on one thing: it will become an increasingly important and scarce resource in the coming decades,” The Middle East Economic Digest observed recently.

Yemen, the Arab world’s poorest state which is gripped by terrorism, civil strife and a collapsing economy, could be a case in point. It’s expected to run out of water in the next few years. UPI