RWB:Lebanon has best press freedom in ME including Israel 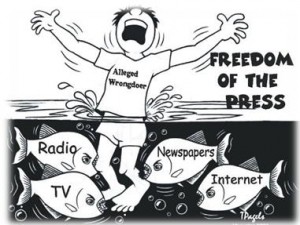 Lebanon has the best press freedom in the Middle East including Israel, in spite of falling 17 spots in global standings, Reporters Without Borders (RWB) an international media watchdog reported on Wednesday.

RWB in its 2010 Press Freedom Report, ranked Lebanon as the 78th freest country, ahead of all the Arab countries and 8 spots ahead of Israel which ranked 86 in Israeli territories and 132 in occupied Palestinian territories.

While Finland ranked number 1, Eritrea ranked the worst in freedom of the press at 178. Iran was not too far at 175 and Syria was close at 173.