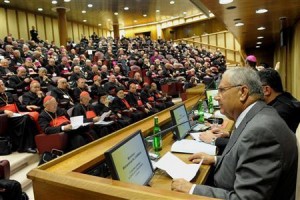 Christian emigration from the Middle East is impoverishing Arab culture and Muslims have a duty to encourage the presence of Christian minorities, a Lebanese government adviser told a Vatican summit on Thursday.

Mohammad Sammak, a Sunni Muslim who is secretary general of Lebanon’s Christian-Muslim Committee for Dialogue, told a synod of bishops the declining number of Christians in the region was a concern for all Muslims.

“The emigration of Christians is an impoverishment of the Arabic identity, of its culture and authenticity,” said Sammak, who is an adviser to Lebanese Prime Minister Saad Hariri. He added that maintaining the Christian presence in the Middle East was a “common Islamic duty.”

The two-week meeting is debating how to protect minority communities in the Middle East and promote harmony with other religions. Christians made up about 20 percent of the region’s population a century ago and now account for about 5 percent.

“This stability could only be achieved when all can live without fear and threat from others. This is our duty to bring about such conditions.”

Speaking earlier at a joint news conference in Rome, both Muslim scholars stressed that radicalization was not just an Islamic problem.

“This is a negative phenomenon, and not only Christians are suffering from it.” Reuters

Photo: Muhammad Al-Sammak (R), political adviser to the mufti of Lebanon, addresses the audience during the synod for the Middle East bishops at the Paul VI Hall at the Vatican, October 14, 2010