STL Indictments: Begining of the End For Hezbollah?

by Ghassan Karam
986
By Ghassan Karam Hezbollah might eventually be described by the adage “The faster they rise the harder they fall”. This popular adage is applicable to individuals as well as institutions that are thrus
Share: 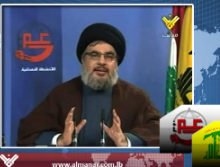 Hezbollah might eventually be described by the adage “The faster they rise the harder they fall”. This popular adage is applicable to individuals as well as institutions that are thrust into the limelight as a result of some favourable developments but then the same institutions implode because they were not ready for prime time.

Hezbollah is such an institution that rose to prominence as a result of its ability to resist Israeli occupation and to continuously act as a thorn in the side of the Israelis who overstayed their welcome in Lebanon. But Hezbollah was not satisfied with these important gains in its stature since its real goal was not to only help drive the Israeli army from Lebanon. It can be argued, rather convincingly, that the ultimate aim of Hezbollah was to act as an Iranian vanguard by spreading the power of the Qom Grand Ayatollah to the Mediterranean. That goal of establishing a state run by the faqih was never totally abandoned but instead its full implementation was put on hold for purely strategic reasons.

History, in general, unfolds by moving forward in such a way as to create new visions and new realities that expand the concept of rights and ethics. It is note worthy to point to the continuous expansion in the circle of ethics  all throughout history. This concept started with the self and then expanded to the family, the tribe, the nation and nature but will not end until it covers the whole cosmos a la the ideas of Chardin. Those that cannot accept the challenges of the new realities but insist on solving all problems by going back to an imaginary mythical past will do so at their own peril. This has been the problem of Hezbollah right from its inception. It refused to act democratically and still insists on a very strict and fundamental religious dogma that is based on undemocratic values, rejection of diversity, the right to dissent and above all its ferocious stand to protect its right to stand above the law.

These destructive attitudes have contributed to the creation of an imaginary world where Hezbollah can do no wrong. Hezbollah demanded and won the right to be part of a cabinet that it does not recognize and started what turned out to be a devastating war with huge losses in Lebanese blood and treasure but declared the result a divine victory. Things were never what they seemed.

All of the above though, pales when placed next to its present dilemma. As if it is not enough to be an illegal militia that has no regard to the rule of law and the institutions of the state, a body politic that operates on Lebanese land but pledges allegiance to foreign powers it is currently acting as a guilty party in the case of the assassination of the former prime minister Rafic Hariri. The Special Tribunal for Lebanon,STL, was set up by the United Nations at the behest of the Lebanese government to investigate the egregious events of the 2005 explosion that killed Mr. Hariri and 21 others.

Hezbollah has gone on the offensive to counter what is allegedly expected to be indictment of many of its members in the Hariri case. Sayed Hassan Nasrallah has made a number of appearances to declare to the world that the STL is illegitimate and that it is ultimately an Israeli/American court. We are also inundated with daily proclamations by all sorts of party officials that no one should accept the legitimacy of the STL and those that do are to be considered traitors and Israeli collaborators. Many have even hinted rather bluntly at sedition once the party members are indicted.

This desperate behavior seems to corroborate the validity of the alleged accusations. The honorable and rational thing to do would have been to await the indictments and then respond to the charges. But how can we expect a party whose power rests with its illegal militia to act democratically and within the dictates of the law? It’s a party that rejects the legitimacy of the power of the state that it wants to be a part off and instead is threatening street demonstrations and hinting at pulling out of a cabinet that it would not have been invited to join had it not been for all its threats and machinations.

There is no doubt that Hezbollah can withdraw its members from the cabinet and maybe even force the cabinet to resign. That would actually be a good thing since Hezbollah would have started actions that will end up in marginalizing it. They might force a reshuffle of the government but they will not be able to form one under their leadership. Hezbollah’s reaction to the potential indictment of some of its members in the explosion that killed Rafic Hariri and many of his entourage; if the case is strong; could set in motion a chain of events that will usher in the beginning of the end of this chapter of Lebanese history. Could Hezbollah be the frog that keeps on inhaling to get bigger until it explodes?