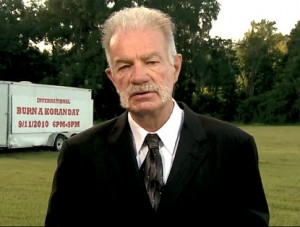 Christians, Jews and others, from around the world are rightfully condemning a non-denominational Florida church’s plan to burn Qurans on the upcoming anniversary of 9/11.

It difficult to see how such an aggressive assault on someone else’s religion conforms to Jesus’ command to “Do unto to others as you would have others do unto you.”

Thankfully, Catholic and Protestant leaders are coming together from as far away as Mumbai, India to oppose the event. Speaking at the gathering, Cardinal Oswald Gracias, the Catholic archbishop of Mumbai, said “I stand with my Muslim brethren on (condemning) this unfortunate incident.”

Regarding the group planning the book burning, he pointed out “They are the fringe elements with only 200 members in America, who declared this fanatic idea and the whole Christian world is against his call.”

Condemnations were also heard back in the U.S. At an interfaith symposium of the Baitus Samee Mosque near Houston, Rabbi Jonathan Siger told an audience that included Muslims, Christians, Hindus, Buddhists, Sikhs and Zaroastrians that “The Jews, particularly, are very familiar with book burnings,” adding “First they burn books, then they burn people.”

Others coming out against the Florida church’s plan include the controversial talk show host and prominent Mormon Glenn Beck who put out a statement saying “It’s just like the Ground Zero mosque plan. Does this church have the right? Yes. Should they? No. And not because of the potential backlash or violence. Simply because it is wrong.”

He added “Burning the Koran is like burning the flag or the Bible. You can do it, but whose heart will you change by doing it? You will only harden the hearts of those who could be moved. None of those who are thinking about killing us will be affected, but our good Muslim friends and neighbors will be saddened. It makes the battle that they face inside their own communities even harder.”

Whether agreeing with the wisdom of building an Islamic cultural center on the site where a landing gear from one of the planes used in the World Trade Center attack landed or not (I think it’s unwise), people of goodwill from across religious and political divides know in their hearts that such such a spiteful assault as the one planned for this Saturday is just plain wrong. belief net