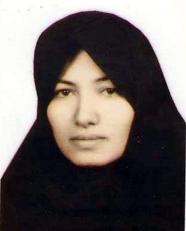 The lawyer for an Iranian widow sentenced to be stoned to death for an adultery conviction expressed cautious optimism Saturday after Iran said it will review the decision, which has drawn international condemnation.

Human rights activists and other officials, however, warned that Sakineh Mohammadi Ashtiani, a 43-year-old mother of two, could still be hanged.

The outcry over the death sentence is the latest thorn in Iran’s relationship with the international community, with the United States, Britain and international human rights groups urging Tehran to stay the execution.

Stoning was widely imposed in the years following the 1979 Islamic revolution, and even though Iran’s judiciary still regularly hands down such sentences, they are often converted to other punishments. The last known stoning was carried out in 2007, although the government rarely confirms that such punishments have been meted out.

British media reported late Thursday that the stoning would not occur, citing the Iranian embassy in London.

Mohammed Javad Larijani of Iran’s human rights council told the state news agency late Friday that the “review and appeal of the verdict is on the agenda,” though he maintained it was not due to outside pressure.

“The hue and cry that the West has launched over this case will not affect our judges,” he said. “The implementation of Islamic regulations like stoning and the headscarf have always been faced with their impudently hostility and opposition.”

He added that converting sentences of stoning to alternative punishments has been common over the past years.

Ashtiani’s lawyer, Mohammad Mostafaei, said he was optimistic the review would bring an end to his client’s suffering after years of living “with the nightmare of death by stoning.”

Amnesty International, however, warned Ashtiani should not be executed by some other method, noting that three people sentenced to stoning last year were instead hanged.

“A mere change of the method of execution would not address the injustice faced by Sakineh Mohammadi Ashtiani,” said Hassiba Hadj Sahraoui, Amnesty International’s Middle East and North Africa deputy director in a statement Friday.

Human Rights Watch, one of several groups publicizing Ashtiani’s case, said she was first convicted in May 2006 of having an “illicit relationship” with two men following the death of her husband — for which a court in Tabriz, in northwestern Iran, sentenced her to 99 lashes.

But later that year she was also convicted of adultery, despite having retracted a confession which she claims was made under duress.

Mostafaei said the trial had not been fair because Ashtiani had no access to her lawyer during the trial.

“I entered the case after the verdict was issued,” he said, insisting that Ashtiani had never confessed to adultery and there were no witnesses.

In its report Friday, the state news agency added that Western media, specifically BBC and Radio Free Europe’s Farsi services, had launched a propaganda campaign over the case.

Opponents of the Iranian government held a protest outside the Iranian Embassy in London on Sunday to condemn the death sentence. Several celebrities, including Lindsay Lohan, also have taken up her cause.

The last confirmed stoning death was carried out against Jafar Kiani, a man convicted of adultery in northern Iran.

Iran’s judiciary did not elaborate on how the stoning was carried out. Under Islamic rulings, a man is usually buried up to his waist, while a woman is buried up to her chest with her hands also buried. Those carrying out the verdict then throw stones until the condemned dies.

Ashtiani’s stoning was approved by the country’s Supreme Court, but the law could allow the judiciary to order another trial or appeal for a pardon from Ayatollah Ali Khamenei, who has final say on all state matters.AP