Lebanon president in Damascus for talks with Assad 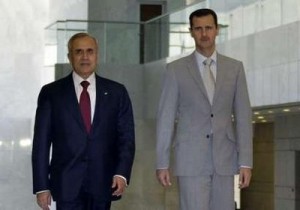 The two leaders are also expected to discuss the growing role of Turkey and Iran in the region and the impact this could have on Lebanon, the source said.

Suleiman and Assad will also discuss the 15 agreements that were reached over the weekend during meetings of the Lebanese-Syrian Committee.

The 15 amended agreements are in in the fields of environment, consumer protection, agriculture, tourism, culture, interior, defense, education, economy and technical education .