Voters head to the polls in North Lebanon 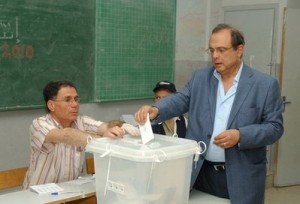 Voters in north Lebanon headed to the polls amid tight security on Sunday for the fourth and last stage of municipal elections.

The elections are seen as a test for coexistence in a nation where sectarian resentment continues 20 years after the end of a 1975-1990 civil war.

Sunday’s voting is expected to witness a limited number of heated electoral battles in the towns of Batroun and Zgharta that are being closely contested between government-backed lists and their rivals.

Concerns of violence were heightened after a family dispute that turned political deteriorated into a gunfight that killed two people Friday in the town of Dahr el-Ain in the northern Koura district.

Municipal elections in Lebanon are held every six years.