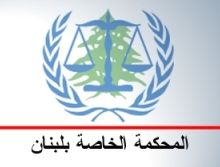 Radiya Ashouri, Special Tribunal for Lebanon (STL) spokesperson said in a statement that she has resigned from her post at the tribunal.

“The time has come after one year of work with the Special Tribunal for Lebanon to say goodbye in my capacity as the spokesperson for the STL’s general prosecutor,” Ashouri said in the statement.

Ashouri’s last working day would be May 27, he statement said adding that she will leave The Hague, where the STL is located , on May 29 to return home.

Ashouri pointed out that her work experience in the general prosecutor’s office was “calm and beneficial.”

“I am grateful for that,” she said, adding that the general prosecutor’s office has begun searching for a replacement.

STL was created to try the killers of Lebanon’s former PM Rafik Hariri . Hariri was assassinated on Feb 14 , 2005.

Officials from the Special Tribunal for Lebanon (STL) have stated that they expect charges to be filed in the Hariri murder case between September and December of this year.