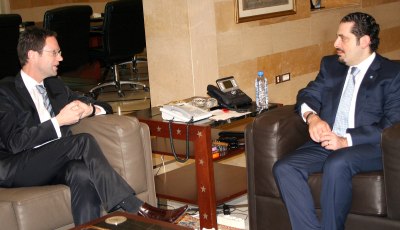 STL is charged with trying the killers of Lebanon’s former PM Rafik Hariri who was assassinated on February 14, 2005 in downtown Beirut .

Prior to joining STL von Hebel was the registrar of the Special Court for Sierra Leone,were he served for 3 years.