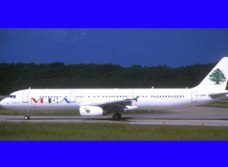 The head of Lebanon’s national airline says the company will begin the process of a partial privatization this year.

Middle East Airlines chairman Mohammed Hout said Thursday that he expects the carriers shares to begin trading on the Beirut stock exchange by next year once the process for launching the initial public offering is completed.

Once one of the region’s best carriers, MEA was battered by Lebanon’s 15-year civil war which began in 1975. It has been majority owned by the Central Bank of Lebanon after its rescue from bankruptcy 14 years ago.

Hout told The Associated Press that the plan is to sell 25 percent of the company on the market.

He said initial plans to partially privatize the company in 2008 were delayed by the global economic meltdown. BW