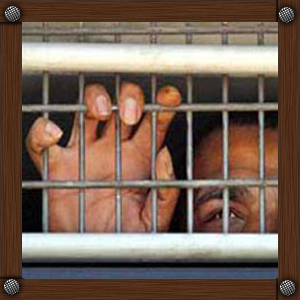 Western nations must press Syria on its human rights record as the country emerges from international isolation, a rights group said Thursday.

The United States, France and other nations recently have boosted engagement with Syria, a country seen as key to peace in the region. Washington is hoping to draw Syria away from Iran and the militant groups Hezbollah in Lebanon and Hamas in Gaza .

“While Syrian officials are chatting up Western diplomats in their gilded front parlors, they’re jailing anyone who dares to utter a critical word in their basement prison cells,” said Sarah Leah Whitson, the Middle East director at New York-based Human Rights Watch.

Syrian President Bashar Assad released hundreds of political prisoners when he succeeded his father in 2000, but later clamped down on pro-democracy activists. HRW says Syria is detaining human rights activists, journalists, and students.

The U.S. has nominated the first U.S. ambassador to Damascus since 2005 and sent top diplomats to meet with Assad. Next week, the European Union’s foreign policy chief Catherine Ashton is scheduled to visit the country.

Despite its efforts to woo Syria, Washington has not lifted sanctions on Damascus. First imposed by former President George W. Bush and renewed by President Barack Obama in May, the sanctions cite Syria’s support for terrorism, its pursuit of weapons of mass destruction and other activities including efforts to undermine U.S. operations in Iraq.