Obama to meet with the Dalai Lama 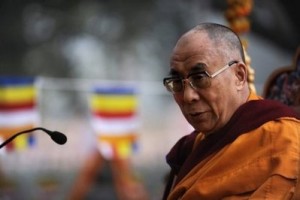 President Obama will receive the Dalai Lama on Thursday in the Map Room of the White House instead of the Oval Office, not one-on-one but in a group, and then will leave town without a joint appearance before television cameras.

Pointedly employing no protocol that implies head-of-state status for the Tibetan leader-in-exile, the White House is also being explicit about its invitation: Obama meets the Dalai Lama as an “internationally respected religious leader and spokesman for Tibetan rights.” LAT