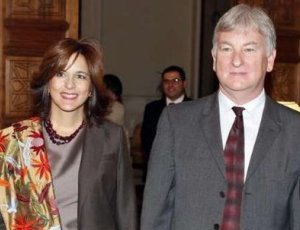 Following his meeting with Lebanese army chief General Kahwaji at his headquarters in Yarze , French ambassador to Lebanon Denis Pietton thanked the army for its efforts in rescuing the victims of the Ethiopian Airlines flight ET409 .

Mrs. Marla Pietton, wife of the French ambassador was one of the victims of the crash. Her remains were handed over today by the Rafik Hariri state hospital to a French embassy delegation

Ambassador Pietton reconfirmed French support for Lebanon with regards to this incident.