Countodown to Jumblatt’s visit to Syria: Almost there 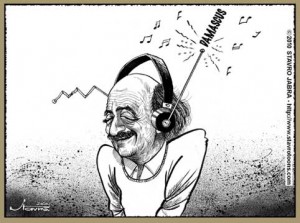 It appears that the statements that Democratic Gathering bloc leader MP Walid Jumblatt’s made during his Tuesday’s interview with the pro-Syrian newspaper As Safir will guarantee him now a trip to Syria according to MP Marwan Hamadeh’s interview with the Free Lebanon radio station on Wednesday.

Jumblatt during his interview denied ever asking the US to invade Syria. “If the Syrian leadership and people understood my rhetoric as a call for invading their country, then I hope my words today would erase that offense against the Syrian people and leadership.”

Hamadeh said that he believes preparations for Jumblatt’s trip to Syria have been concluded but did not know when he will go.

Regarding Jumblatt’s participation in the February 14 commemoration of former Prime Minister Rafik Hariri’s assassination , Hamadeh said he will decide within the next three days

Hamadeh reaffirmed that his is still within the March 14 coalition and denied reports of any dispute between him and Jumblatt.