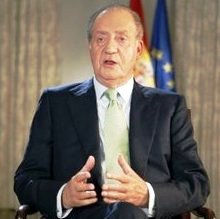 King Juan Carlos of spain, will visit Lebanon later this month to hold talks with officials and inspect his country’s peacekeepers – who now head the UN command in southern Lebanon, a Lebanese foreign ministry source said Friday. The king is due to arrive for his two-day visit on February 8 and will be accompanied by a large Spanish delegation.

The trip by the Spanish king comes after the UN Spanish battalion took command of the United Nations Interim Force in Lebanon (UNIFIL), from the Italians last month.

UNIFIL currently has 13,000 troops from 29 countries. Italy has the largest contingent with 2,500 soldiers, while Spain contributes 1,100 soldiers. DPA