Lebanon PM: Israel is not ready for peace

During in an interview with Radio Monte Carlo on Wednesday, Lebanese Prime Minister Saad Hariri said:

Israel “is not ready for peace, but rather it is threatening Lebanon on daily basis, and we hold it responsible for all of the crimes it is committing in Lebanon and Palestine.”

He added: “Who has questioned Israel for what it had committed in Qana?”

Hariri asked : “When did Israel implement (UNSCR) 1701? Isn’t there a violation of Lebanese airspace every other day? Three days ago, the Israelis kidnapped a Lebanese shepherd and returned him beaten up.”

Asked about Hezbollah arms : “He said this is an issue for the Lebanese to decide during the national dialogue talks …this is not an issue to be decided by Israel ”

Asked about the Arab peace initiative he said: We are a part of it and we want it to advance, but Israel does not want anything to do with the peace process… it has not yet pulled out from the Ghajar village and Shabaa Farms.” 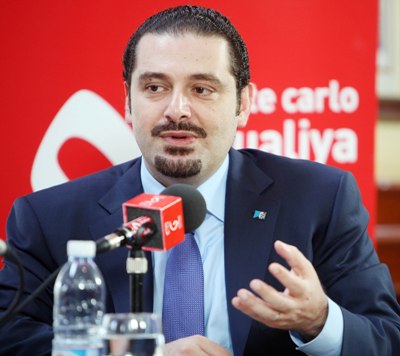