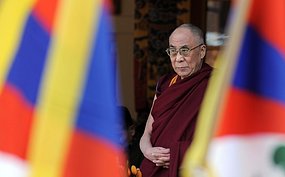 China has said relations with the United States will be seriously undermined if President Barack Obama holds a meeting with the exiled Tibetan spiritual leader, the Dalai Lama.

A senior Chinese communist party official has said Beijing will take action if the meeting goes ahead.

The White House has indicated that President Obama intends to meet the Dalai Lama, who is due in Washington later this month, but no date has been announced. ABC