U.S. speeds up arms sales to its ME Gulf allies

by yalibnan
921
The Obama administration is quietly working with Saudi Arabia and other Gulf allies to speed up arms sales in a bid to thwart future military attacks by Iran,
Share: 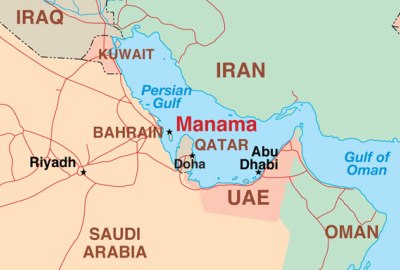 The Obama administration is quietly working with Saudi Arabia and other Persian Gulf allies to speed up arms sales and rapidly upgrade defenses for oil terminals and other key infrastructure in a bid to thwart future military attacks by Iran, according to former and current U.S. and Middle Eastern government officials.

The initiatives, including a U.S.-backed plan to triple the size of a 10,000-man protection force in Saudi Arabia, are part of a broader push that includes unprecedented coordination of air defenses and expanded joint exercises between the U.S. and Arab militaries, the officials said. All appear to be aimed at increasing pressure on Tehran.

The efforts build on commitments by the George W. Bush administration to sell warplanes and antimissile systems to friendly Arab states to counter Iran’s growing conventional arsenal. The United Arab Emirates and Saudi Arabia are leading a regionwide military buildup that has resulted in more than $25 billion in U.S. arms purchases in the past two years alone.

Middle Eastern military and intelligence officials said Gulf states are embracing the expansion as Iran reacts increasingly defiantly to international censure over its nuclear program. Gulf states fear retaliatory strikes by Iran or allied groups such as Lebanon’s Hezbollah in the event of a preemptive strike against Iranian nuclear facilities by the United States or Israel.

For the Obama administration, the cooperation represents tangible progress against Iran at a time when the White House is struggling to build international support for stronger diplomatic measures, including tough new economic sanctions, a senior official said in an interview.

“We’re developing a truly regional defensive capability, with missile systems, air defense and a hardening up of critical infrastructure,” said the official, who is involved in strategic planning with Gulf states and who spoke on the condition of anonymity. “All of these have progressed significantly over the past year.”

U.S. support for the buildup has been kept low-key to avoid fueling concerns in Israel and elsewhere about an accelerating conventional-arms race in the region. Iran, which has made steady advances in developing medium-range missiles, is seeking to acquire modern air-defense systems from Russia while also expanding its navy.

Gulf officials say their defensive improvements would be undertaken regardless of U.S. support, but some said they were encouraged by the supportive signals from the Obama administration, which regional leaders initially feared would be more accommodating of Iran than the Bush White House.

“It’s a tough neighborhood, and we have to make sure we are protected,” said a senior government official in a U.S.-allied Arab state. The official, who also spoke on the condition that his name and country not be revealed, called Iran the “number one threat in the region.”

The expanded cooperation includes new U.S. agreements with Saudi Arabia to help establish a facilities-protection force under the country’s Interior Ministry to harden defenses for oil facilities, ports and water desalination plants. The new force is expected to grow to 30,000 personnel and will be used to deter attacks by al-Qaeda, as well as possible strikes by Iran or Iranian-inspired terrorist groups, according to current and former officials familiar with the initiative. Washington is providing access to technology and equipment for the defense upgrade, the officials said.

Gulf states, particularly Saudi Arabia and the United Arab Emirates, are also undertaking multibillion-dollar purchases of U.S.-made defensive systems. In the past two years, Abu Dhabi has topped the list of foreign customers for U.S. arms, buying $17 billion worth of hardware, including Patriot antimissile batteries and an advanced antimissile system known as Terminal High-Altitude Area Defense, or THAAD. Three other Middle Eastern countries are considering buying the same systems.

The UAE, which recently bought 80 American-made F-16 fighter jets, last year was invited for the first time to participate in the U.S. Air Force’s Red Flag exercises at Nellis Air Force Base in Nevada. The small Gulf country is in the process of negotiating a purchase of French Rafale fighter jets.

“We don’t measure ourselves by what our neighbors are doing,” the official said. “We’re interested in sophisticated training and the best and most capable platforms” available.

The country’s buildup has impressed U.S. military officials, who say the U.S.-allied Emirates have emerged as a military power in their own right. In a speech in Bahrain last year, U.S. Central Command chief Gen. David H. Petraeus said the UAE air force alone “could take out the entire Iranian air force, I believe.”

Although Gulf states are generally loath to publicly antagonize Tehran, the military expansion is occurring against a backdrop of anxiety over the growing dominance of Iran’s hard-liners in the wake of last year’s disputed presidential election. Like Washington, Arab capitals see Iran’s nuclear program as dangerous and destabilizing, even if Iranian leaders stop short of building a nuclear warhead.

In interviews in three Middle Eastern countries, political leaders and analysts said they fear that a nuclear-capable Iran will become the dominant regional power, able to intimidate its neighbors without fear of retaliation. Nearly all the Gulf countries have sizable Shiite Muslim populations with ties to Iran, and some analysts warned that Tehran may try to use these to stir up unrest and possibly even topple pro-Western governments.

“Nuclear weapons are probably most useful to Iran as a deterrent against attack by others, but beyond that, it’s all about the swagger and mystique rather than the weapons system,” said Nabil Fahmy, a former Egyptian ambassador to the United States. “I can’t see Iran using such weapons, but they could become much more provocative.”

The concern over Iran has partly eclipsed long-standing concerns about Israel, a military powerhouse with an undeclared nuclear arsenal that includes scores of warheads that can be delivered by aircraft, submarines or long-range ballistic missiles, some regional analysts said.

Western and Middle Eastern analysts say it is unlikely that any of those countries will openly pursue nuclear weapons, a move that would probably prompt a suspension of Western aid. The UAE has taken pains to design a nuclear energy program that it says is proliferation-proof, eliminating parts of the nuclear-fuel cycle that could be exploited to obtain material for bombs.

But if Iran were to test a nuclear device, all of the countries would reconsider their options, government officials and analysts said.

“Every country in the region will open their files and decide again what to do,” said a retired Arab general who asked for anonymity so he could speak freely about the subject. “If nuclear weapons appears to be the road to becoming a world power, why shouldn’t that be us?” Washington Post