“There is a problem regarding border demarcation,” . He urged “cooperation” from both the Lebanese and Syrian sides to help resolve this issue.

Kouchner unveiled that efforts were underway to resolve obstacles facing the withdrawal of Israel from Ghajar.

The French foreign ministry described Hariri’s visit as an “opportunity to express France’s firm support for Lebanon and its institutions” and to renew Paris’ “commitment to Lebanon’s stability, unity, sovereignty, independence and territorial integrity.”

Lebanon and France are expected to sign five significant agreements. 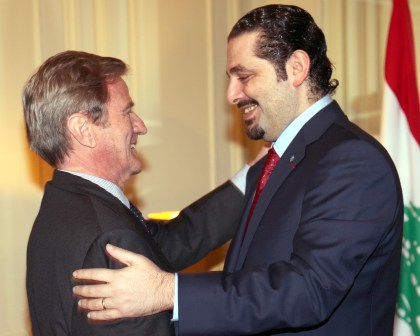