Hariri: We fear an Israeli operation against Lebanon

In an interview by the French newspaper Le Monde, Hariri said: “We fear an Israeli operation. Last week, 25 Israeli overflights were recorded in one day.”

Hariri added : “What have the Israelis done in 2006? All of the bridges in Lebanon were destroyed. Isn’t that an aggression against Lebanon?”

“Israel can find any excuse , not to mention it doesn’t need excuses and it is not doing anything for the sake of the peace process.” 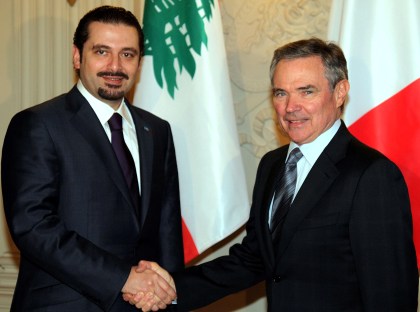