by yalibnan
934
Intensified airport screening of citizens from 14 nations who are heading to the United States is "basically a proxy for racial profiling,"
Share: 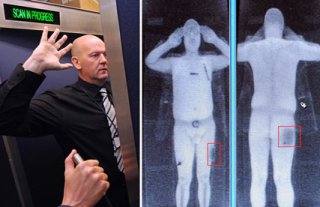 Intensified airport screening of citizens from 14 nations who are heading to the United States is “basically a proxy for racial profiling,” a spokesman for the American Civil Liberties Union (ACLU) said Monday.

Michael German, a national security policy counsel with the ACLU Washington legislative office, criticized the policy of full-body pat downs or body scans for citizens of the 14 countries, most of them predominantly Muslim.

“Basically there are three parts to it,” German said. “One, that it’s unconstitutional, two, that it’s ineffective and three that, particularly in the case of terrorism, it’s actually counterproductive.

“And our concern is that it does, actually, violate American values,” said German, a former FBI agent, referring to the “secondary automatic screening” policy.

The Obama administration announced the policy after the thwarted terrorist attempt on Christmas Day when a Nigerian man attempted to blow up an airliner that was about to land in Detroit.

Dr. James Zogby, president of the Arab American Institute, cautioned that the security measures could have a cooling effect on U.S. relations with those countries.

“When the government broadly targets an entire community,” she asked, “are we really actually making ourselves safer?”