Phalange Party’s official Sejaan Qazzi told MTV: If Sayyed Hassan Nasrallah wants to change the face of the region through defeating Israel, then we are on his side, but if he wants to change it by toppling the Lebanese regime and forcing Wilayat al Faqih type rule , then we reject this completely.

Qazzi said ” whoever wages a psychological warfare on the other must expect criticisms and an appropriate response”, pointing out that Hezbollah strongholds have been turned into armed Palestinian camps without any supervision or accountability.

Qazzi was referring to Nasrallah ‘s attacks against the March 14 Christians following the blast in Dhahiyah , a Hezbollah stronghold in southern Beirut that targeted a Hamas military training center . Both the Phalange party and the Lebanese Forces criticized Hezbollah for allowing Hamas to open a training center in Dhahiyah 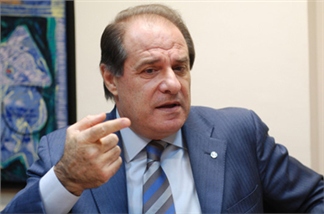