Jones in Lebanon for talks on eradicating terrorism

U.S. National Security Adviser James Jones arrived in Beirut on Friday for talks with top Lebanese officials mainly on strategic cooperation between the two countries on ways to eradicate terrorism in Lebanon and the region.

Other issues that were reportedly discussed :

-Tight security screenings recently introduced by the U.S. against travelers from Lebanon

-Arab news stations that were viewed as inciting violence against the United States, including Hezbollah’s al-Manar TV.

– Israeli violations of U.N. Security Council resolution 1701 and the situation in the Middle East. 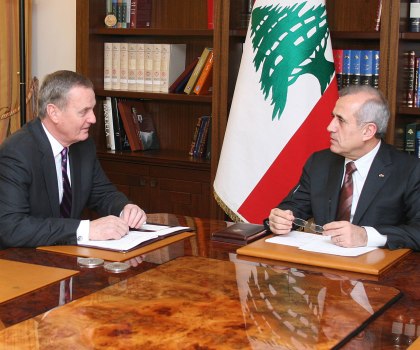