Lebanese President Michel Suleiman is meeting with MP Michel Murr at the Baabda Presidential Palace to discuss the issue of administration appointments and developments in Northern Metn region .There were reports yesterday that Defense Minister Elias Murr, Michel Murr’s son, did not accompany Prime Minister Saad Hariri to Turkey due to the deterioration of the health of his father, but Murr appeared in good health when he arrived at Baabda palace to meet with the president . 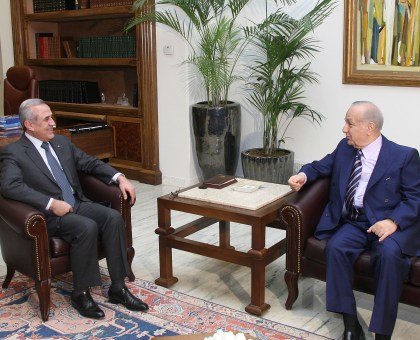