After meeting with Prime Minister Saad Hariri in Ankara on Sunday, Turkish Foreign Minister Ahmet Davutoğlu said “Monday will be a historic turning point in Lebanese-Turkish relations, as several ministers from both countries will meet in what resembles a joint cabinet session presided over by two prime ministers.”

Davutoğlu said Lebanon and Turkey will sign several agreements on Monday, and will continue to strengthen their relations in the future.

Hariri’s visit to Turkey is aimed at scrapping entry visas for the nationals of both countries and consolidating defense, health and agricultural cooperation,

Davutoğlu hosted a dinner for Hariri and his Lebanese delegation 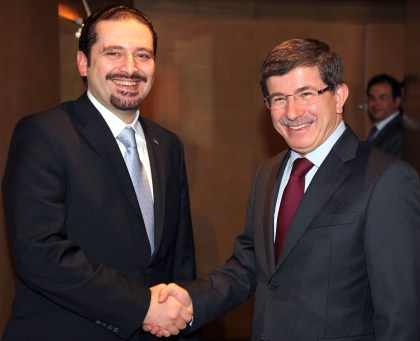