Following his meeting with US Congressman Alcee Hastings ( D-FL) on Friday, President Michel Suleiman expressed concern over the extra measures adopted by the US administration for US-bound passengers from Lebanon

Suleiman said that security measures at Rafik Hariri International Airport are “good,” adding that “Lebanon is in a phase of political stability and proved to be one of the most successful nations in fighting terrorism.”

The president called for Lebanon’s Ambassador to the US, Antoine Chedid, to follow up on the issue.

According to Washington observers, the only reason Lebanon was included in the new list because of Hezbollah, which the US considers a terrorist group 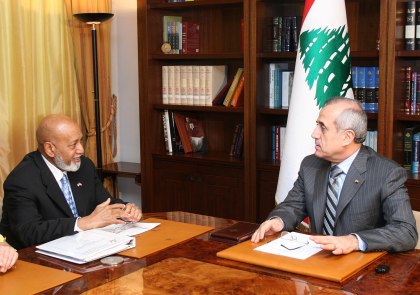