by yalibnan
2084
By Grace Halabi George F. Haddad, a senior engineer with NASA, will be running in the Antarctica Marathon in March 7th and will be the first Lebanese to take part in it
Share: 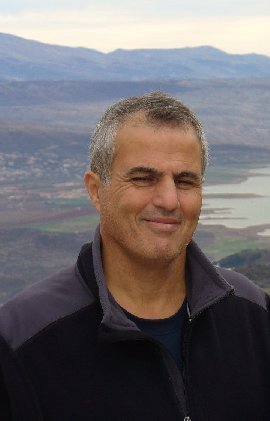 By Grace Halabi, Special to Ya Libnan

“Running is the greatest metaphor of life; because you get out of it what you put into it.” – Oprah Winfrey

It is with distinct pleasure and honor that I pen a letter of praise about someone who embodies the characteristics of a true humanitarian, a noble heart, a generative mind and an ardent spirit.

Our very own, George F. Haddad, a Senior Engineer with NASA at Kennedy Space Center in Melbourne, Florida, is running the Antarctica Marathon on March 7th, 2010. He will be the first Lebanese American to run it , and he will proudly raise both the Lebanese and The NASA flag upon finishing point.

George is also an RRCA certified coach (online and field coaching) and is currently the official coach for the Children’s Tumor Foundation Marathon Team. He has been dedicating such humanitarian efforts for so many years to include running with Charity runners for support and guidance.

23 marathons with a personal best of 3:18 to include: Three Bostons, Pikes Peak, and the recent Beirut Marathon (BLOM). A passionate and avid runner; the Lebanese-American Senior NASA Engineer has been providing on-line Marathon training since 2006 to those who run to fight Neurofibromatosis (NF) through the Children’s Tumor Foundation. His unwavering commitment to encourage others to reach the pinnacle of self-discipline is a true testament to his character and principled approach. George is running for an eight-year-old girl who has Neurofibromatosis. 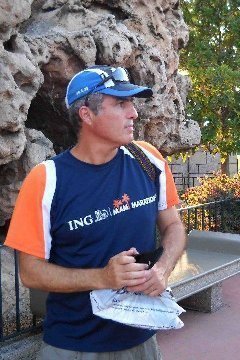 Here is George in his own words

On March 6, 2010, I will have the distinct pleasure and honor of running the Antarctica Marathon with the NF (Neurofibromatosis) Endurance Team. I am dedicating this event to the Children Tumor Foundation, specifically to my friend’s daughter GiGi, who has NF. GiGi is an eight-year-old with Type 1 Neurofibromatosis. Because of an optic glioma, an NF-related brain tumor, GiGi has lost vision in her left eye. MRI’s and Chemotherapy have become part of GiGi’s life. Her oncologist, among other specialists, must monitor the tumor in an effort to prevent the loss of vision in both eyes. GiGi was diagnosed at an early age with this genetic disorder.

Despite what she is going through GiGi is working hard to keep up with her peers academically. She is a happy child, a good friend to her teammates in school and a wonderful sibling to her twin brother, younger sister and older brother. At such a young age; she continues to show toughness, resilience and patience. I am honored to dedicate this race to her.

Currently there is no cure or a completely effective treatment for NF; however with your help, we may find a cure one day. I would appreciate your help and any support you could provide for this worthy cause. One hundred percent of the funds raised will go directly to the Children Tumor Foundation (CTF). GiGi will continue to do what eight-year-old girls do. As for me, I will continue to run, and continue to be thankful for God’s blessings.

Imagine the cost of failed opportunities, lost hopes and forgotten dreams and please join me in supporting a most worthy cause by making a donation to NF Endurance Team via the Children’s Tumor Foundation.

I thank you in advance for your support.

A man of great integrity, and true authenticity, George’s disarming humility quickly gains the respect of all those who meet him. A humble spirit, never seeking fame nor attention; he continues to run for humane causes. He runs for others, not for glory.He runs for the needy, a rarity, and indeed an honorable representation for Our Lebanon.

As a fellow Lebanese American Citizen I could not be more privileged and honored to know someone with such nobility and humility, thus only affirming that we really cannot separate social and economic priorities if we want to have an inclusive society.