Ahmadinejad wants to create with Syria a new world order

Iranian President Mahmoud Ahmadinejad told the visiting Syrian speaker of Parliament Mahmoud al-Abrash that the two countries would join forces to redefine geopolitics in the region.

“Iran and Syria have a joint mission to create a new world order on the basis of justice, humanity and belief in God,” he said. 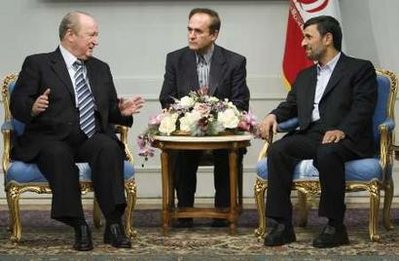