A sting in the tail

by yalibnan
1279
By Emma Cosgrove In early December, Finance Minister Raya Hassan announced that Lebanon had successfully issued $500 million in Eurobonds in an effort to refinance the country’s staggering public debt.
Share: 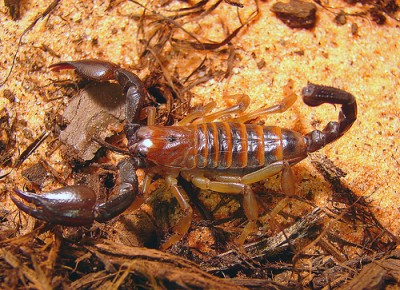 In early December, Finance Minister Raya Hassan announced that Lebanon had successfully issued $500 million in Eurobonds in an effort to refinance the country’s staggering public debt.

Before the sale, Najib Semaan, assistant general manager of Bank of Beirut, the bank chosen as the bookrunner, told Bloomberg that this issuance would help to “ascertain the confidence of investors in the Lebanese financial system because the government extended the maturity period to 2024 within the current market rates.”

Investors responded with enthusiasm, with both tranches on offer being significantly oversubscribed.

The Lebanese finance minister called the results of the sale “outstanding,” and local press have echoed that sentiment, celebrating the record low rates secured by the Lebanese government.

Eurobonds of late have become the preferred method of sovereign debt restructuring in the region, with the Middle East representing 25 to 30 percent of worldwide flow, up from 5 to 10 percent just a few years ago, according to Commerzbank emerging markets debt strategist Luis Costa. But a debate is starting to form regarding whether this tool is a useful and practical way for countries like Lebanon to manage their debt, or a long-term drain on the already shaky economies they often support.

In March 2009, Lebanon swapped out $2.3 billion in debt for papers with longer maturities in the first Eurobond sale of the year. The feat was presented as prudent by the Central Bank Governor Riad Salameh and local financial experts, who emphasized the importance of the sinking debt-to-gross domestic product ratio over actual debt reduction.

Lebanon has $17.7 billion in Eurobonds outstanding with a weighted maturity of 4.76 years and a weighted interest of 7.36 percent, according to Byblos Bank, as of August 2009.

Lebanon is not the only developing country taking advantage of market demand for sovereign bonds. Costa said that emerging markets issued $190 billion in bonds from January through December 9 of 2009. Though in the coming year, oversupply is possible, he added.

The recently issued Eurobonds carried a rating of “B-” from credit rating agencies Fitch Ratings and Standard & Poor’s, who describe governments given this rating as “more vulnerable to adverse business, financial and economic conditions but currently [having] the capacity to meet financial commitments.” Sovereign Eurobonds from Argentina, Grenada, Pakistan and Bolivia all carry the “B-” rating.

But since the near default of Dubai World, and the global financial crisis being, arguably, exacerbated by credit ratings unrepresentative of the actual health of global financial institutions, ratings have lost their “end all be all” status. This phenomenon is causing some analysts to suggest that bond buyers may base their decisions on which sovereigns they trust, rather than which receive higher ratings.

“People are starting to differentiate between countries. They can be very different, even when they have the same ratings,” Gintaras Shlizhyus, fixed income strategist at Raiffeisen Zentralbank in Vienna said to The Peninsula newspaper in Qatar.

This means that countries like Lebanon will find themselves in the good favor of buyers should they wish to issue more bonds.

The other side of the coin

But this is not a reassuring phenomenon to some, who see continuing Eurobond issues as opening the door to more risk, for which Lebanon may not be prepared. One of these possible perils is the currency gamble taken by issuing long-term bonds in US dollars.

“Eurobonds must be serviced in the foreign denominated currency which might strengthen substantially. That will in effect increase the burden when it is expressed in the domestic currency,” said Ghassan Karam, a professor of economics at Pace University in New York in an interview with Executive.

If the dollar rallies, as it is expected to do, the low rates Finance Minister Hassan boasted about will appreciate by the time they are due, increasing the servicing on Lebanon’s debt which, for the first nine months of 2009 alone, amounted to $2.91 billion. Karam also pointed out that the going rate for five-year Eurobonds is just 2.03 percent, far below Lebanon’s issue at 5.875 percent.

In the case of the recent issue, demand for Lebanese bonds was also 27 percent foreign, another risk according to Karam.

The foreign interest is touted as a return of foreign confidence in the financial security of Lebanon: “There is an unprecedented demand on bonds by foreign companies which reached 43 percent for those with a 15-year maturity, and this reflects a great trust by these companies in the Lebanese economic and financial situation,” said Hassan.

But Karam said that expanding Lebanon’s indebtedness further outside its borders is another hazard to the financial stability of the state.

“Whenever the percentage of the national debt of any country that is held by non-residents grows, then that debt becomes a greater burden on the issuer if for nothing else but the resulting drain on its own domestic resources that would be required each year in order to service the foreign held proportion of the debt,” said Karam in an article posted on his blog.

“Yes, it is a sign of confidence when foreigners are willing to hold another country’s debt but by doing so, the issuer is in essence contributing to an increase in its vulnerability,” the post added.

Lebanon’s external debt reached $21.3 billion at the end of August, with market Eurobonds accounting for about 67 percent of the total, according to Byblos Bank.

Based on statements from Hassan and indications from Salameh at the central bank, more bond issues are still to come.

Hassan said in her statements to the press, “We are in a better position to solve the public debt issue today and might need to issue more bonds for that purpose in the future.”

This strategy of replacing maturing debt with new papers is, according to Karam, the wrong road and not cause for congratulations.

“I truly believe that the writing on the wall is very clear and we can disregard it at our own peril,” he warned. “Business as usual must be avoided at all costs; fiscal restraint must be introduced, grants sought, debt moratorium requested and debt restructuring must be considered, including the possibility of a partial default as a last resort.”