King Abdullah II held a lunch banquet in honor of Hariri prior to their talks which focused on developing relations between the two countries especially in the areas of tourism and transit. 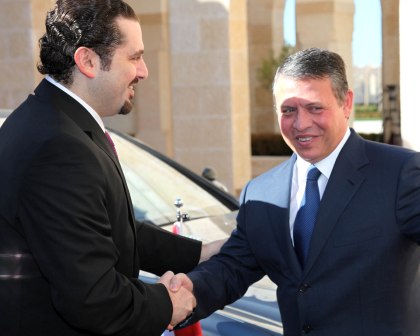