Study: Lebanon made the most democratic advances in MidEast

by yalibnan
850
Despite the fact that some question whether or not Lebanon is a democracy, an independent study found Lebanon to have made the most democratic advances in the Middle East.
Share: 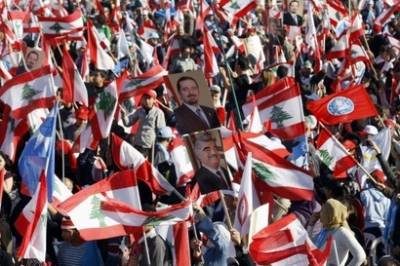 An independent study found Lebanon to have made the most democratic advances in the Middle East.

Lebanon has been ranked the world’s second most improved democracy in an annual study despite several incidences of sectarian tensions over the past year.

The Global Democracy Ranking, an annual Austrian-based initiative, assesses the quality of democracy in 97 countries across the globe. The study uses data on political freedoms, gender equality, economic opportunities, social divisions and the quality of health and education.

Lebanon was ranked 79 but came second in terms of relative improvement in various parameters used to judge the health of national democracies.

“Lebanon increased with regards to political rights, civil liberties and the number of women sitting in parliament.” David Campbell, Academic Director at Global Democracy Ranking and Research Fellow at the University of Klagenfurt, told The Media Line. “Freedom of the press decreased but perception of corruption improved.”

“Lebanon also improved with regards to the knowledge dimension,” he said. “This includes things like internet access and cell phone use. In addition,publications of scientific and technical articles increased, which signals quite significant advances.”

“What is interesting,” Campbell added, “is that if compared to neighboring countries in the Middle East, despite unstable powers and conflicts in the aftermath of civil war, Lebanon is performing better than expected in many public perception contexts.”

“These improvements are coming from the grass-roots, not from the top down,” he told The Media Line. “The active role of civil society is one of the main indicators of democracy, and civil society organizations in Lebanon are flourishing. Many topics which were not acceptable during the internal war, such as non-violence, freedom of democracy and citizenship, are nowadays heard in every village.”

Sahar Atrache, Lebanon Analyst for the International Crises Group, disagreed with Allam’s optimistic assessment, arguing that the ranking ignored a lot of inequalities within the political system.

“Some people contest whether or not Lebanon is even a democracy,” Atrache told The Media Line. “In general, it’s not really a democracy but a gathering of several communities sharing power.”

“In the last few years we have witnessed an increase in the power of community leaders and sectarian communities,” she explained. “Religious community leaders can change what happens in power more than institutions in a real democracy are expected to.”

“There have been many regional and international changes that may have contributed to this ranking, such as restarting relations with Syria, talks with Iran, reconciliation with Saudi Arabia,” Atrache said, explaining why Lebanon received such a positive ranking. “In a way internal and external situations pushed more of the parties towards reconciliation, so that we are now witnessing more consensus than before.”

But Allam argued that while the situation was not perfect, the ranking signaled a bright future.

“Democracy is a process more than a decision or an action,” he said. “We have big challenges but a lot of improvements have happened in Lebanon.”