by yalibnan
854
Michel Hayek, Lebanon's Nostradamus, predicted that both Lebanon and Iran will be attacked in 2010.
Share: 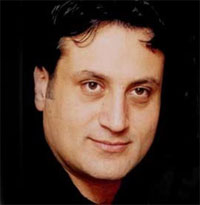 Michel Hayek, Lebanon’s Nostradamus, predicted that both Lebanon and Iran will be attacked in 2010. He did not relate the 2 attacks but most analysts are predicting that Israel and Hezbollah will engage in a war either before Iran’s nuclear facilities  are  attacked or immediately thereafter”The Borders of Lebanon – Israel will witness blood and martyrdom.” Hayek saidHe added: “Despite the presence of UNIFIL and the Blue Line and the international resolutions the area will witness ambushes by both the Lebanese and Israeli parties.”

On Iran he predicted that “an important and sensitive site will witness a mysterious incident that will result in smoke and fire”.This was interpreted to mean an attack against the Iranian nuclear facilities . He added : “The psychological warfare between the West and Iran for the first time will be punctuated by a security breach.” He predicted that the health of the Iranian supreme leader will suffer and that the Iranian president will be facing trouble from within his own ranks”

As usual Hayek appeared last night on LBC to announce his predictions to which most Lebanese tune in. As in the past appearances Hayek made predictions about , Lebanon, Middle East and the rest of the world

He also said that operations linked with Hezbollah commander Imad Mughniyeh’s assassination would be carried out. Hezbollah has accused Israel of being behind his murder and vowed revenge.

He predicted economic prosperity for Lebanon:

“Unusual financial facilities will enable all Lebanese willing to own an apartment, despite the high real estate prices”, he said

“A project that aims to replace old cars with new cars for those who wish with unique facilities for the first time in Lebanon.” He added

He predicted a tourism boom that will also include religious tourism and predicted that new investment projects would be carried out everywhere including the sea off the Lebanese coast.

He predicted that reconciliation efforts will continue in all directions and we may see a solid bridge that extends slowly between Hezbollah’s Dahiyah and Lebanese Forces’ Maarab.

Hayek predicted that the municipal elections will encounter problems

He predicted an earthquake will result in the destruction of several houses and some of the historic monuments.

He predicted that a huge explosion will rock Israel and that many Israeli establishments outside the country will be subjected to attacks .

He predicted that the Syrian authorities will declare amnesty to many detainees which will reflect positively on the Syrian regime. He also predicted that foreign investment in Syrian real estate will soar despite the high prices . On the other hand he predicted that one of the largest spy networks will discovered in Syria

If your Arabic is good you can watch Hayek on youtube. Here are the links for all the 3  videos: