US condemns ‘ unjust suppression of civilans in Iran

The White House on Sunday strongly condemned “violent and unjust suppression” of civilians in Iran, following a fierce government crackdown on opposition protests.

The strongly-worded statement contrasted with careful initial responses by the White House following post-election protests in Iran in June and came as the nuclear showdown between Tehran and world powers reached a critical point.

“We strongly condemn the violent and unjust suppression of civilians in Iran seeking to exercise their universal rights,” White House spokesman Mike Hammer said in a statement.

“Hope and history are on the side of those who peacefully seek their universal rights, and so is the United States. AFP 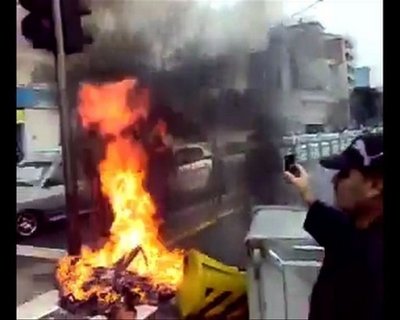