Following his meeting with Druze spiritual leader Sheikh Al Akl Naim Hassan at his headquarters Verdun, Lebanese Prime Minister Saad Hariri emphasized in response to a question by a reporter about his visit to Syria that Lebanon has started a new positive phase in its relationship with its neighbor and opened a new page that should benefit the people of both countries.

Hariri was completing his visits to Lebanese spiritual leaders to brief them on his trips to Saudi Arabia, Denmark and Syria and to congratulate them on the holidays them 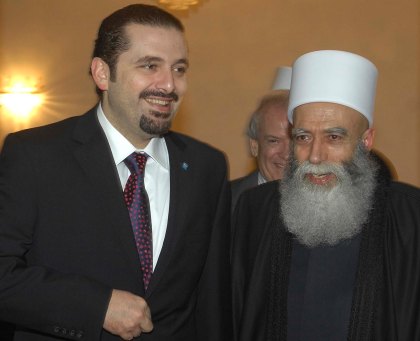